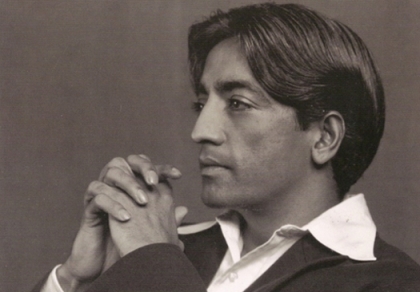 2 thoughts on “QUOTATION: Krishnamurti / “A Particular Corner of the Vast Field of Life””