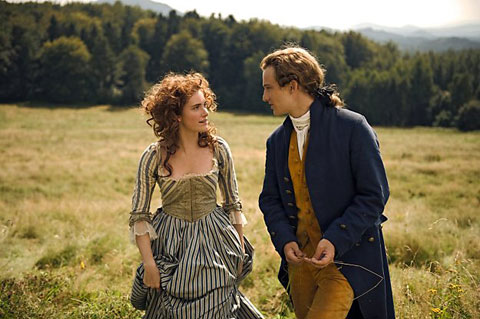 In the film’s production notes, [German filmmaker Philipp] Stölzl writes: “Goethe is Germany’s most famous and important poet and philosopher, yet there has never been a relevant feature film about this extraordinary personality. There’s a reason for this, too: Goethe could do everything and was everything! He was handsome, came from a wealthy family, wrote successful novels, theater plays and poems, was an accomplished horseback rider and fencer, invented roller skates and discovered the pharyngeal bone, and he was a natural scientist, privy councilor, traveler, artist, minister, lawyer, and much, much more—all in all, a universal genius and thus a completely non-dramatic character for a feature film.”

2 thoughts on “Young Goethe in Love: In fact, just another love story”