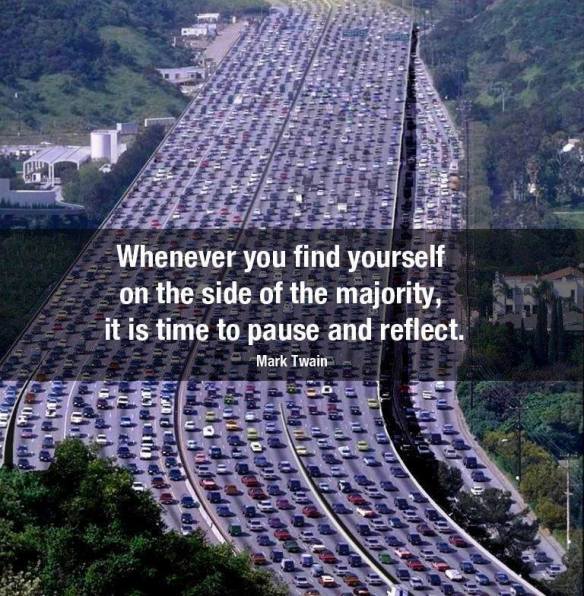 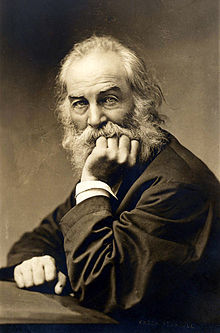 I think I could turn and live with animals, they’re so placid and self contain’d,. . . .
They do not sweat and whine about their condition,
They do not lie awake in the dark and weep for their sins,
They do not make me sick discussing their duty to God,
Not one is dissatisfied, not one is demented with the mania of owning things,
Not one kneels to another, nor to his kind that lived thousands of years ago,
Not one is respectable or unhappy over the earth.

On this date in 1819, Walt Whitman [May 31, 1819 – March 26, 1892] was born on Long Island. After working as clerk, teacher, journalist and laborer, Whitman wrote his masterpiece, Leaves of Grass, pioneering free verse poetry in a humanistic celebration of humanity, in 1855. Emerson, whom Whitman revered, said of Leaves of Grass that it held “incomparable things incomparably said.” During the Civil War, Whitman worked as an army nurse, later writing Drum Taps (1865) and Memoranda During the War (1867). His health compromised by the experience, he was given work at the Treasury Department in Washington, D.C. After a stroke in 1873, which left him partially paralyzed, Whitman lived his next 20 years with his brother, writing mainly prose, such as Democratic Vistas (1870). Leaves of Grass was published in nine editions, with Whitman elaborating on it in each successive edition. In the preface of the 1855 edition of Leaves of Grass, Whitman wrote, “This is what you shall do: Love the earth and sun and animals, despise riches, give alms to everyone that asks, stand up for the stupid and crazy, devote your income and labor to others, hate tyrants, argue not concerning God.” In 1881, the book had the compliment of being banned by the commonwealth of Massachusetts on charges of immorality.

Whitman was at most a Deist who scorned religion (see several samples of his views below). D. 1892.

Times are hard for democracy. Trump wants a wall. Senators refuse to question judicial nominees. And anti-Hillary liberals seriously contend that she is “as bad as” the opposing party’s presumptive nominee, vowing not to vote if she wins the nomination.

But when were they ever other than hard? Democracy has always been vulnerable to extreme opinions and dogmatic certainties. Sometimes the price of free speech is listening to things you don’t want to hear.

Theater holds a possible remedy, though, to some of our worst tendencies. It’s pretty simple. We need more tragedy.

Of course, tragedy might seem remote and irrelevant. To many it is dimly remembered as something to do with hubris, catharsis and tragic flaws. We hear the word tragedy in the news mainly when it’s misapplied to some disaster — natural or otherwise. But it needn’t be either irrelevant or misappropriated. Tragedy is not just the stuff of English tests. It has a long and illustrious history as a salve for self-government. It’s no coincidence that democracy and tragedy arose around the same time in ancient Athens.

While scholars disagree about exactly how tragedy arose, we are certain that it evolved alongside Athenian democracy. Athenians understood that what they saw onstage taught them truths and ways of thinking vital for their roles as citizens. Like the law courts, tragedy was a civic institution. Funded by the state, it was perhaps the greatest citizenship class ever.

Summary and analysis of Book 1 of Homer’s Iliad, with a focus on the theme of pride.

Summary and analysis of Shakespeare’s As You Like It, with a focus on the themes of love and pastoral life.

Voltaire was one of the wisest, funniest and cleverest people of the 18th century. He continues to have lots to teach us about toleration, modesty and kindness.


As different as we humans are from one another, we all age along the same great sequence, and the shared patterns of our lives pass into the pages of the books we love. In this moving talk, journalist Joshua Prager explores the stages of life through quotations from Norman Mailer, Joyce Carol Oates, William Trevor and other great writers, set to visualizations by graphic designer Milton Glaser. “Books tell us who we’ve been, who we are, who we will be, too,” Prager says.