FFRF Director of Strategic Response Andrew Siedel discusses a complaint we filed with the Texas State Commission on Judicial Conduct after the judge in the Amber Guyger case inappropriately proselytized to the defendant.

FFRF Co-President Dan Barker discusses how the U.S. House chaplain can continue barring atheists from delivering invocations. He also explains why this sends a message to freethinkers across the country that they are political outsiders.

On this date in 1871, Rosa Luxemburg was born in Russian Poland to a middle-class Jewish family. A revolutionary agitator by her teens, she moved to Zurich, in part to avoid possible imprisonment. She studied at the University of Zurich, receiving her doctorate in 1898. From Warsaw, Luxemburg tried to help the Russian revolution. She wrote more than 700 pamphlets, articles, speeches and books, advocating mass strikes by proletariats. She was in and out of prison, once for advocating during World War I that German soldiers turn their guns upon the government and overthrow it. In 1919, she and two leaders of the German Communist Party, which Luxemburg helped found, were arrested. She was knocked out, shot and thrown in a river. Although socialism, not freethought, was her life’s passion, she wrote the article “Socialism and the Churches,” in 1905, first published by the Polish Social Democratic Party. Luxemburg, who strongly believed in freedom of conscience, sought to show that the church, originally considered a refuge for workers, was now clearly oppressing them. D. 1919.

What is Freethought? FFRF Co-President Dan Barker and Annie Laurie Gaylor discuss freethought in history. Learn more about the Freedom From Religion Foundation at ffrf.org.

Enjoy the real reason for the season — the Winter Solstice — the shortest, darkest day of the year. This natural event signals the ‘rebirth’ of the sun and the natural New Year. It has been celebrated for millennia in the Northern Hemisphere with evergreen decorations, feasts, festivals of light and gift exchanges. 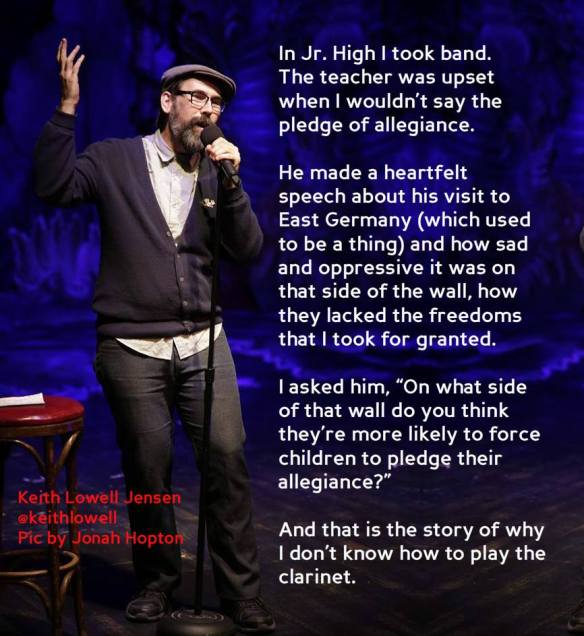 FFRF Director of Strategic Response Andrew Seidel discusses how Scott Pruitt is promoting his personal religion in the EPA, and putting it into public policy that affects the environment and peoples health.