“If machines produce everything we need, the outcome will depend on how things are distributed. Everyone can enjoy a life of luxurious leisure if the machine-produced wealth is shared, or most people can end up miserably poor if the machine-owners successfully lobby against wealth redistribution. So far, the trend seems to be toward the second option, with technology driving ever-increasing inequality.” 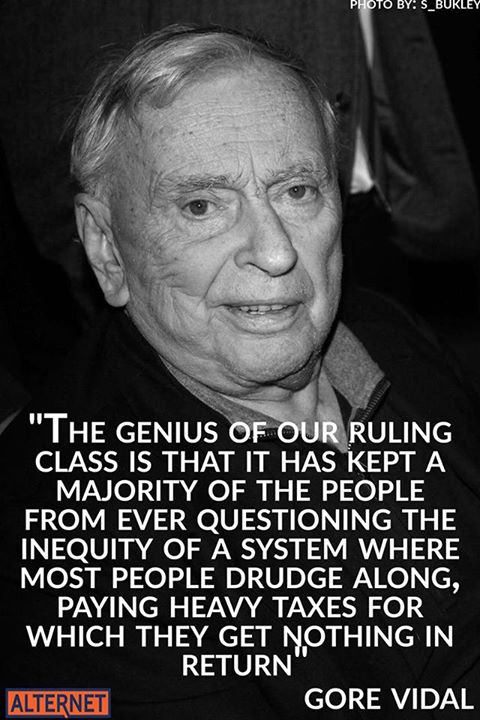 Portraits of former Presidents Goerge W. Bush, left, and his father George H.W. Bush which are part of the exhibit “The Art of Leadership: A President’s Diplomacy,” are on display at the George W. Bush Presidential Library and Museum in Dallas, Friday, April 4, 2014. The exhibit of world leader portraits painted by George W. Bush opens Saturday and runs through June 3. (AP Photo/Benny Snyder)

The pathology of the rich white family is the most dangerous pathology in America. The rich white family is cursed with too much money and privilege. It is devoid of empathy, the result of lifetimes of entitlement. It has little sense of loyalty and lacks the capacity for self-sacrifice. Its definition of friendship is reduced to “What can you do for me?” It is possessed by an insatiable lust to increase its fortunes and power. It believes that wealth and privilege confer to it a superior intelligence and virtue. It is infused with an unchecked hedonism and narcissism. And because of all this, it interprets reality through a lens of self-adulation and greed that renders it delusional. The rich white family is a menace. The pathologies of the poor, when set against the pathologies of rich white people, are like a candle set beside the sun.