Christian Johann Heinrich Heine (13 December 1797 – 17 February 1856)
German Poet, Journalist, Essayist, Literary Critic. His verse and prose is distinguished by its satirical wit and irony. His radical political views led to many of his works being banned.

Where they have burned books, they will end in burning human beings.

Smedley Darlington Butler (July 30, 1881 – June 21, 1940)
Major General in the U.S. Marine Corps, Outspoken Critic of U.S. Military Adventurism, Most decorated Marine in U.S. history at the time of his death.

I spent 33 years and four months in active military service and during that period I spent most of my time as a high-class muscle man for Big Business, for Wall Street and the bankers. In short, I was a racketeer, a gangster for capitalism. I helped make Mexico and especially Tampico safe for American oil interests in 1914. I helped make Haiti and Cuba a decent place for the National City Bank boys to collect revenues in. I helped in the raping of half a dozen Central American republics for the benefit of Wall Street. I helped purify Nicaragua for the International Banking House of Brown Brothers in 1902-1912. I brought light to the Dominican Republic for the American sugar interests in 1916. I helped make Honduras right for the American fruit companies in 1903. In China in 1927 I helped see to it that Standard Oil went on its way unmolested. Looking back on it, I might have given Al Capone a few hints. The best he could do was to operate his racket in three districts. I operated on three continents.
~ Socialist newspaper Common Sense, 1935 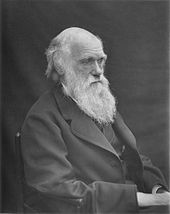 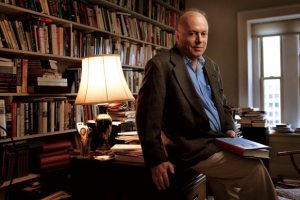 Don’t take refuge in the false security of consensus and the feeling that whatever you think you’re bound to be okay because you’re in the safely moral majority . . . my own opinion is enough for me and I claim the right to have it, defend it against any consensus, any majority, anywhere, anyplace, anytime; and any anyone who disagrees with this can pick a number, get in line, and kiss my ass.

Mockery of religion is one of the most essential things because to demystify supposedly ‘holy text dictated by god’ and show that they are man-made and what you have to show is their internal inconsistencies and absurdities. One of the beginnings of human emancipation is the ability to laugh at authority . . . it is an indispensable thing people can call it blasphemy if they like, but if they call it that they have to assume there is something to be blasphemed – some divine work, well I don’t accept the premise.