One of the many wonders of nature is its biodiversity and the variety of creatures found on Earth. But some are more distinctive than others! These are just some of the more ‘quirky’ animals on our planet.

What’s it like to be worshipped by [White Supremacists]? Not good, especially if you’re a passionate rationalist like Richard Dawkins. He was very recently accused of Islamophobia by KPFA radio—which is why some of the [White Supremacists] have flocked toward him—however Dawkins released a statement calling any alleged “abusive speech” by him preposterous, and clarified his views: “I have indeed strongly condemned the misogyny, homophobia, and violence of Islamism, of which Muslims—particularly Muslim women—are the prime victims. I make no apologies for denouncing those oppressive cruelties, and I will continue to do so.” Here he responds to how unpleasant it is to have your rational thoughts and your name hijacked by political extremists, and he expresses his disdain for President Trump’s policies, specifically the ‘Muslim ban’. With that as context, he proceeds to do what he does best: use science to investigate the idea of supernatural gods as the creators of the universe—which is a scientific hypothesis, he states, but one of the failed kind. Dawkins explains that we already have a superb theory of why living things have come into being—Darwinian evolution—and the evils that can come from too much faith. Richard Dawkins’ most recent book is Science in the Soul: Selected Writings of a Passionate Rationalist. 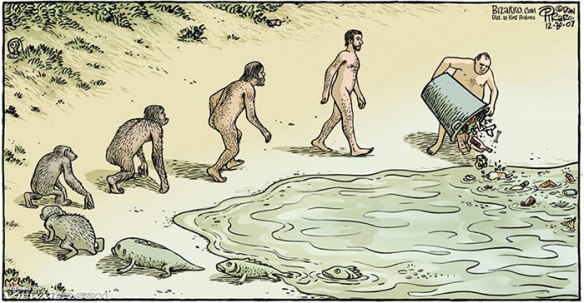 Bone by bone, UT Austin paleoanthropologist John Kappelman pieced together the life and death of Lucy, the most famous fossil of a human ancestor. She likely died after suffering injuries from an unimpeded free fall from a tall tree, suggesting the terrestrial species likely foraged or nested in trees.